This looks like a serious issue now, please be patient while we investigate.
So far we can’t reproduce it, and without reproductible steps it could be difficult to find where the issue is.

In the meantime, can you try the following steps:
• turn off all of your extensions
• go to nightbot.tv and log in
• see if the issue is still there

If the issue is fixed, then it’s because of one of your extension:
• turn one extension back on
• reload nightbot.tv and see if the issue reappears
• repeat until you find the culprit and report it to us

thanks for the reply. this did not work for me. I am on firefox and only have two extensions: adblocker and BTTV. I also tried it on chrome as well with same results.

I normally use Chrome (64-bit, up-to-date build) but rather than disabling my plugins, I tried logging in with Edge (I rarely use this - usually only to diagnose issues such as this with websites - and have no extensions installed.)

I use Firefox for the streamers yt nightbot and opera GX for the twitch nightbot. Both Moderator statuses disappered around the same time in both accounts/browsers. So this is not a browser related issue.

Alright, then can you try the following?

See if that fixed the issue.

I’m having the same issue, I’ve tried all the steps you mentioned above and still not got access to all the channels I had previously. If I’m able to get those back, it would be greatly appreciated!

Since me and my friend already got readded from the streamer, we can’t confirm if it has worked.
Any one else that can check if the manager rights are back again ?

It has been 4 hours since we were told accounts would be restored “shortly” and mine have not yet been restored.

I am not sure what qualifies as “inactive” but two of these accounts were accessed and used LAST WEEK!

Sorry it’s taking longer than you’re expecting, but just as a reminder, Nightbot is a free service, no one but the dev is paying for it, for this very reason you’re not entitled to get this mad about it.
They’re managing the bot on their free time too, do you think the bills pay themselves?

Also, since in your case you were a manager and had no personal custom commands linked to your account (which is why it was flagged as inactive), you can remediate to your issue simply by asking the streamers to add you back to their managers list, like the person before you did. It’s not like you lost anything of value, like commands or timers for example. 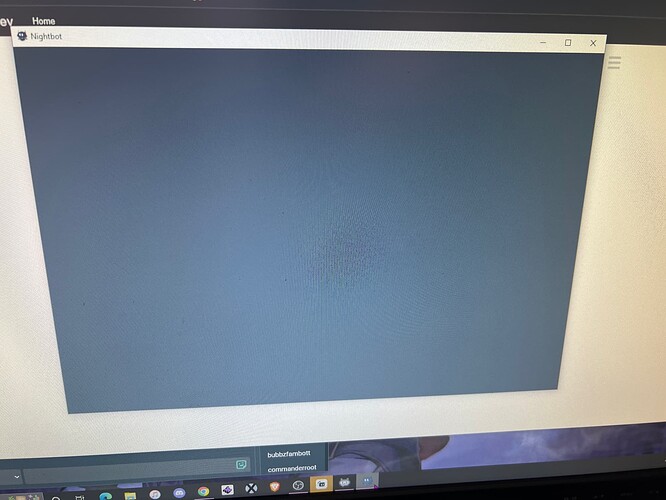 This operation has been completed.

If you’re still seeing this issue, you may need to try uninstalling and reinstalling the app.

Thanks so much - mine is working properly again!!! Appreciate the quick fix!!!

Apologies. I understand totally about being a free service (most of my NightBot activity for streams is also done pro bono) and that software/application fixes such as these don’t happen instantaneously. I didn’t mean to come across as angry. It just would have been nice to have been provided some LOS expectations (e.g., …should be restored for most within the next 8 hours or so.) The term “shortly,” as well as the elapsed time that qualifies as “inactive,” are very nebulous terms and mean different things to everyone. [FWIW, most of my accounts SHOULD qualify as inactive as there has not been activity on them in well over a year.]

Be that as it may, my three “active” accounts/streams have been restored - THANK YOU!!!

I see, it’s not always easy to understand each other’s tone when talking through text, I deplore that, but that’s how it is, and that’s fair feedback: I had no specifics other than the dev saying he would do it, I don’t think he had a timeframe in mind either, I’ll try to convey that more clearly next time, thanks.

And I’m glad to know your access to the active accounts has been restored!

this seems a different issue then the one that post was started for.
You tried to login via Browser? Or Update to the latest Windows Version?

We moved to another topic @gummibaer83, and the issue is now solved:

It is just a blank screen when I start an app, I tried to reinstall it didn’t help.