Using variables I define in a urlfetch in eval?

This seems like it should be easy, but has anyone used variables they define as part of the URL in urlfetch? I can’t seem to get it to work.
Something like:
$(eval
const topic=“12”;
response = $(urlfetch json https://opentdb.com/api.php?amount=1&category=$(topic)&difficulty=easy&type=multiple&encode=url3986);
…
)

Is the problem here that I don’t have access to $(1) from the embedded eval?

I’ve tried many different methods to access ‘topic’, but none seem to work. Help?

Nightbot variables evaluate inner to outer and variable nesting can’t exceed 2 levels, so in example 1 the urlfetch is evaluated and stored as a JS string before the eval runs the JS and in example 2 the JS string '$(1)' is parsed exactly as is.

That approach worked! Here are some details.

I have a command to fetch the content that takes a string as input. 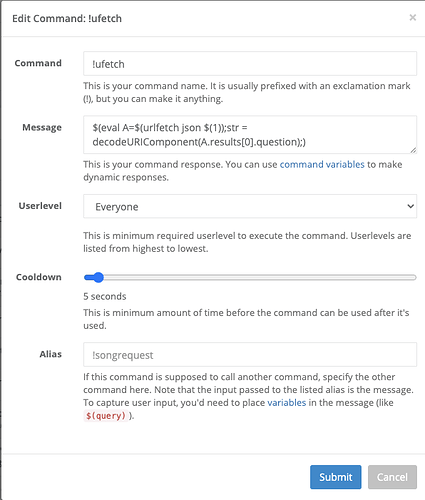 image596×701 44.8 KB
Then, I have another command (which is what the user will call) which formats the string and calls the first command via an Alias. 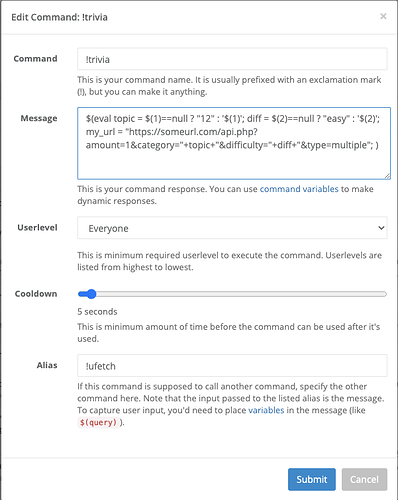