So, I tried uploading an emote containing “WTF” in its code, and it got rejected for “offensive or inappropriate chat codes.” I looked it up on the site, and there are 4 separate pages of emotes that also contain “WTF” in their code: 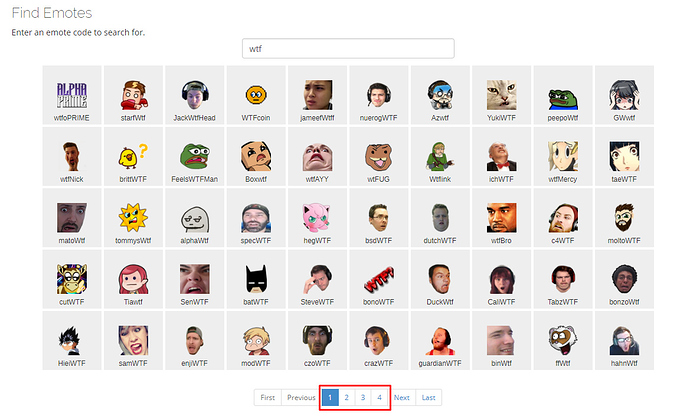 So I uploaded it again, and in my justification I pointed out that these 4 pages exist. Still rejected for “offensive or inappropriate chat codes,” but yet these other 171 emotes are allowed to exist on the database?

Edit: I just realized that the emote I’m doing a derivative of and trying to upload exists on that very first page in my screenshot. What would be the difference between that being allowed and mine not?

Emotes that were uploaded before a rule was made are grandfathered in; we don’t actively remove old emotes that break new rules (with the exception of single letter emotes with the introduction of personal emotes)

“WTF” was a code that we allowed for a while but started disallowing; our rules were intended to be that we don’t allow swears or acronyms/phrases intended to use them. In addition many people started uploading their emotes with “Wut” instead and it generally became the substitution we recommend people use in place of “WTF”