Would it be possible to allow multiple connections to the same discord? So that all the streamers can connect their Nightbot to my discord server?
I hope you understand what I mean

Thank you in advance

This feature would have to be added by night however most users don’t have a shared server, so I feel the number of users this effects is fairly low.

Okay but there is a quick solution for at least my implementation of a shared discord:
Every streamer has his own special groups: 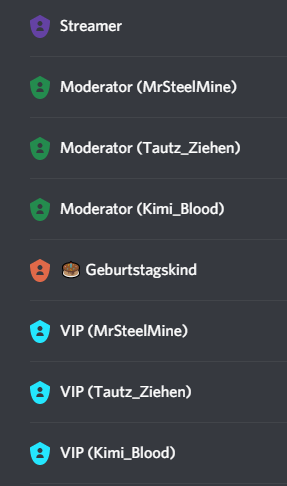 It is something we may explore if there’s enough interest in the future. Right now though it’s usually unlikely there are multiple creators using the same Discord server.