The issue I’m experiencing is that when trying to make a shortened version of the “!songs request $title”, making a command such as “!req $title” where title should be whatever method also works for the regular command.

I thought it was suppose to be done as shown in this image http://i.imgur.com/6f25jZx.png
However from tests, it seems that the $(query) is only returning the first part (before spacing) of the string, resulting in completely different song requests or if used with an URL (Youtube e.g.) is used, an error is posted.

Is there a method of doing this or should I give up my quest to find a way?

Thanks for your response in advance.

Hey, I believe the Message part is placed behind the Alias part. So when you request a song it will execute:

Which will return an not found error. 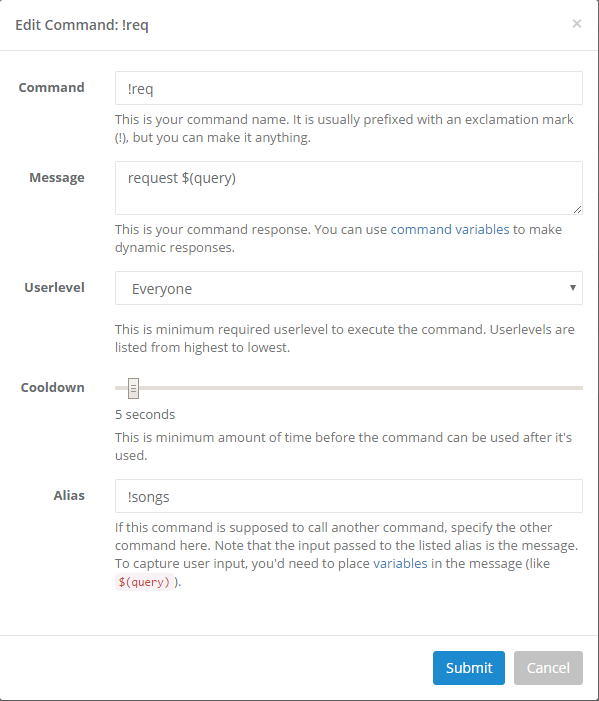 (I forgot to set it as mod only)

You’re a genius! That did the trick. I’ve fooled around with similar solutions, but not that exact thing. Thank you very much for the quick response!