I just noticed that the statistics on main dashboard of Nightbot look weird. The commands seem to be repeating with and without exclamation mark (even though there is only one version defined), as well as names on most active users list. The numbers are also different for every appearance of command/name.

The bug appears on different bots I manage, so it doesn’t seem to be depending on channel. 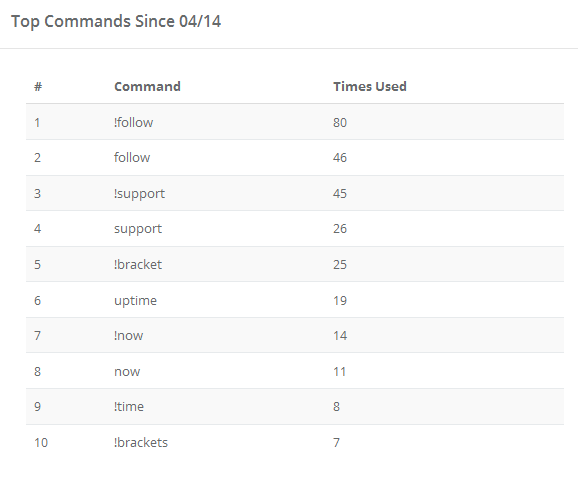 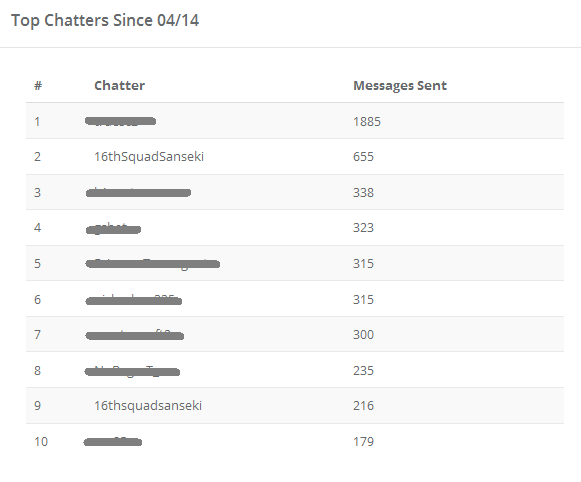 EDIT: Judging by the fact that names are upper and lower case, maybe it depends on PC and mobile users? (since mobile twitch app doesn’t use capitalization) That still doesn’t really explain commands though.

This looks to be related to our search database instances going out of sync recently, and some data was stored without the correct schema map. I will investigate this and see what I can do.

Unfortunately much of the stats were wonky as a result of this sync issue (lots of data was even missing due to the desync), and due to database limitations reindexing would take 6 hours or more. We’ve decided to purge the bad stats instead, since we only keep weekly stats anyways. We’ve addressed the issue that caused the initial desync, so this shouldn’t happen again.