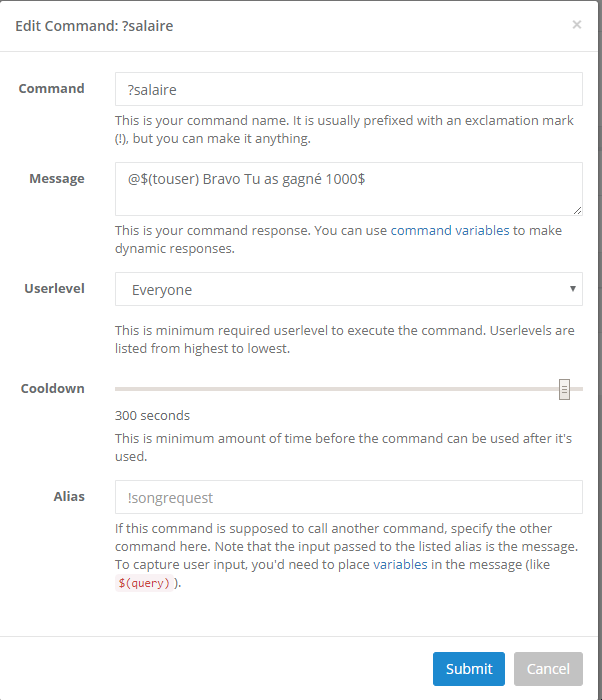 Something like this would not be possible with nightbot. Maybe some custom api could do something similar, but not that I know of.

Okay thank you for answer ;(