We have a role, ‘Bots’, which Nightbot is for some reason stripping of all the other bots (including itself). Is it just greedy and wants a role to itself? How do I turn it off (other than disabling the manage roles perm, which isn’t really a fix)? 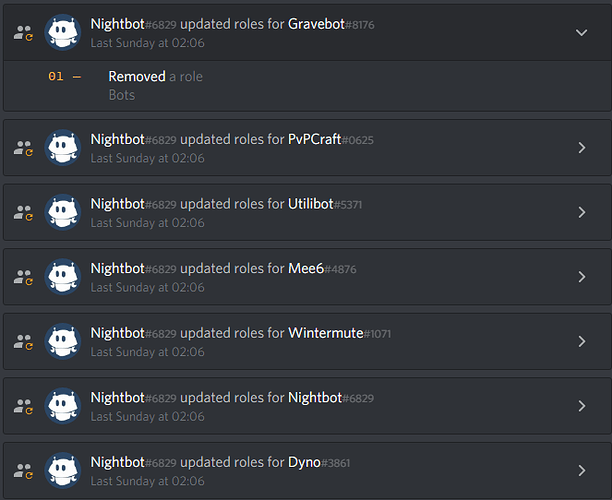 The role is probably in the integration settings with role syncing enabled. Nightbot is removing the role because the users don’t meet the requirements to have it.