Getting Nightbot OUT OF MY CHANNEL

I have been attempting for weeks now to GET NIGHTBOT OUT OF MY CHANNEL.

Have tried parting nightbot from the channel, typing “!nightbot remove” in my channel (without the quotation marks of course. At one point it seemed to disconnect then reconnected itself to my channel.

What is your deal that you will not let users properly remove your bot from a Twitch channel once it is in there? Seriously, what kind of a racket are you guys running?

If nightbot isn’t responding to commands in the channel then nightbot is not actually joined into that channel.

Shall I post you a screenshot or two that shows Nightbot still lingering my channel?? I’ll be more than happy too. 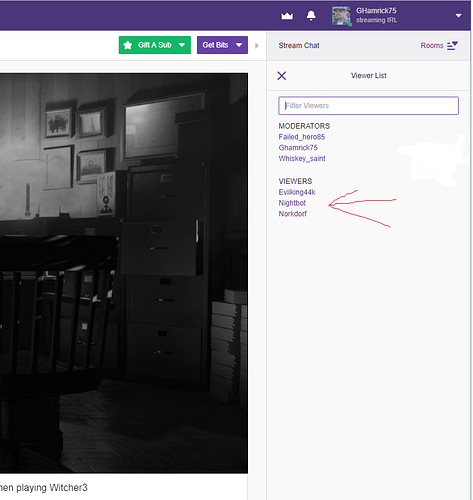 Nightbot connects to twitch in a different way due to the sheer volume of connections, if it’s not responding to commands, it’s not in your channel, even if it appears in the viewer list.