Hello, I am a moderator on a 24/7 music live stream. The owner has had a problem with Auto DJ randomly stopping at times. At first, it was only once every day or so. However, it has become a serious issue to the point where it will stop every half hour. (A screenshot of what it looks like when it happens is below). He had to give me and one of the other mods access to his laptop via an application called AnyDesk so we can fix it when he cannot. He posted a thread about this, however the issue was never resolved. Here is a link to the thread: Nightbot/AutoDJ jus stops playing on its own . A developer said that they were not able to replicate the issue, however I personally downloaded the Nightbot desktop application and was able to replicate it in about 3 to 4 hours. Perhaps it is because we have 5000 songs? 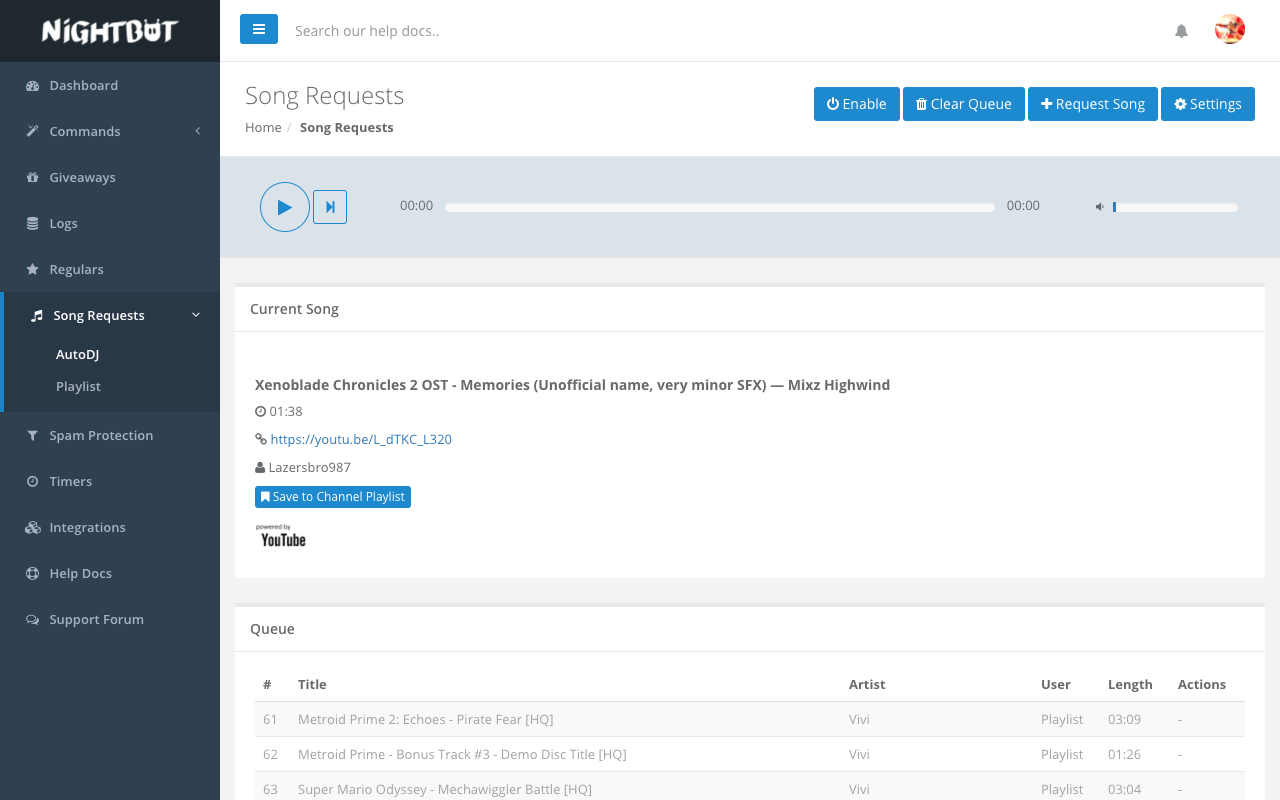 Is 3-4 hours how long it takes to play the songs in your playlist? We don’t really support these types of channels, so if it mostly works then it’s a great feat in and of itself. The purpose of the playlist is to service against dead periods when the AutoDJ queue is empty.

No, it definitely takes a lot longer than that to play through out entire playlist. And like I said, it’s been happening to the owner a lot more than that as of the past week. To him, it has been happening every 10-30 minutes.

Hewo, I’d like to say thanks for nightbot, it’s a system that everyone uses for their music live stream, when everyone I mean everyone. Basically all the live streams that are music related have nightbot so I don’t see how nightbot isn’t used for that, in fact it’s probably the only thing that it is used for. The music has been stopping for every 10 minutes, literally and you are the only program that everyone uses, no competitions or anything, please at least take a look and try to solve this problem.
Thank you