When I try to add Nightbot to my discord server, it gives me a forbidden error.

You need to be the owner of the server or have the administrator role on the server to add it.

EDIT: I’ve also got the administrator permission for my role

Did you grant Nightbot all the permissions it requested? If you uncheck any boxes it can also cause this to happen.

I did. I tried kicking it out and reconnecting it multiple times, but it just gives me forbidden.

It looks like it’s the server i’m trying to connect to. I just tried connecting it to a server i’m the owner of and it worked just fine. I have the administrator role on the server that’s failing. 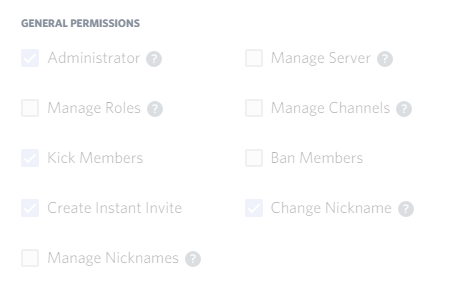 I mis-spoke, you need the “manage server” role.